Should Children Start Learning Mathematics At The Age Of Three?

As psychologists have certified that the period from three to eleven years of age is a time in which children develop tremendously, having long-lasting effects on their ability of thinking and creating firm foundation for their ability of learning in the future, many parents are unsure as to how to maximize their children’s development in this stage.

Most parents today are very eager that their children should learn foreign languages – which indeed are very effective passports in nowadays’ society. Because of that tendency, however, they have failed to appreciate the importance of enhancing brainpower, a tool that in later years shall enable their children to do well in all subjects (including foreign languages), and which, very likely, can only be obtained through a subject which is most fundamental – mathematics.

Next to equipping children with necessary ideas, skills, and habits, mathematics also plays a very important role in directing the development of their mind in positive ways and contributing to the satisfaction of practical demands. Approaching and practicing mathematics help humans to form a mathematical mind, which is a component of abstract thinking, with a special feature of adhering to figurative logic. To learn math is not to devote oneself entirely to endless numbers, theorems, formulas, and methods that are merely theoretical; but the first as well as the last thing one has to keep in mind when learning math is that one has to understand the practical uses of math and apply them, whereby forming the habit of utilizing them in real life. Besides, math also places considerable stress on the forming of true aesthetic emotions, which can be achieved once the beauty of math has been realized through structure, optimal solutions, remarkable application of math in real life, perfect logical process of clauses, theories and beauty of geometry through shapes of harmonious ratio, sizes and symmetry, etc. The last thing is the beauty of the inventions of math which are, in fact, beauty of creativity, of enthusiasm and patience, of a determination to overcome difficulties, of proper and scientific methods of searching.

Is it too early to start learning math at the age of three?

Most parents are always doubtful when the question whether children should start learning math at the age of three comes into discussion. Mother Kim Hue (District 4) shared: “I have always known that learning math can stimulate the mind of my kid really well. But my kid is only three and it seems strange to me to make him learn math. Is not math too difficult and boring a subject for a three-year-old kid?” In fact, according to psychologists, upon reaching 12 months old, the time when the senses of children have become almost complete, they start to pay minute attention to their surroundings, hardly missing anything. The development of their perception is expressed by their development of memory, concentration ability, creativity, imagination, curiosity, and deduction capability. Upon turning three, children already can remember and sing long folk songs.

At this stage, they can imitate, are capable of rich imagination, like to discover, study matters, and have begun to understand contrasting definitions and time. At this stage children have also been capable of forming connections between “experience” and “information” when acting in different situations. Thus, letting children dabble with mathematics at this age is entirely desirable. However, it should be noted that the teaching of math to kids at this age should not concern entirely with figures and common calculation methods, but education methods that are scientific and reasonable, among which is the method of visualization, a crucially important method for children of this age, need to be employed. The boring numbers should be replaced with real items or by images and models so children can learn math along with obtaining experience about the surrounding matters and phenomena which are very various and naturally attractive to them. In addition, the learning of math through playing games helps children promote their brainpower and creativity, at the same time develops their language ability and communication skills.

View Our Map of Centers

Mainspring welcomes you to our expanding family 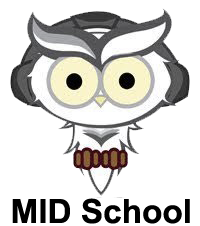